At 13 years old, Kendall’s an outstanding athlete, a figure-skating champion. Watching her on the ice, you’d never guess she’s been allergic to 95% of foods since birth-or that she has
a MIC-KEY* Low-Profile Feeding Tube. Kendall’s been thriving with the MIC-KEY* tube since she was 4. Its low profile lets her perform for audiences with no limitation on her drive to become a champion.

Low-Profile Makes All the Difference
Before the MIC-KEY* tube, Kendall had a feeding tube inserted into her stomach and was held back by its bulkiness and the pain it caused her. But three months later, when she received her first MIC-KEY* Low-Profile Feeding Tube, life got a lot better for Kendall.

Said her mother Kim, “The difference the MIC-KEY* tube made was unbelievable. It’s virtually flush with her skin, so it doesn’t get in her way or keep her from doing all the things an active little girl wants to do.” Within a month after the MIC-KEY* tube was inserted, this California girl was swimming, going down water slides on her tummy, and most important of all, with the proper nutrition she was getting through her MIC-KEY* tube, Kendall was getting healthier every day.

More Than a Survivor…a Champion!

When she fell in love with ice skating, there was nothing holding her back from reaching for her dreams. With excellent coaching and encouragement by ice skating luminaries such as Olympic Silver Medalist Sasha Cohen, by age 8, Kendall had won the Ice Skating Institute’s 2004 World Championship.

In 2008, Kendall skated with the U.S. Figure Skating Association. Her MIC-KEY* tube is helping her achieve her goals, whatever they may be. 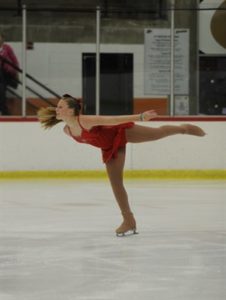 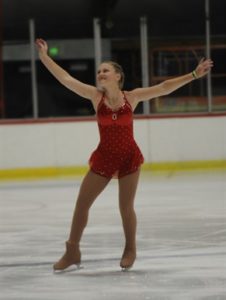 Indications For Use
The MIC-KEY* Low-Profile & MIC* Feeding Tubes are indicated for use in patients who require enteral feeding, are unable to tolerate oral feeding, require gastric decompression and/or medication delivery directly into either the stomach, distal to the stomach, distal duodenum or proximal jejunum (tube types vary from G, J, TJ/ GJ & GE depending on what your medical professional has prescribed/placed).

Contraindications
Contraindications for placement of a feeding tube include, but are not limited to ascites, colonic interposition, portal hypertension, peritonitis and morbid obesity.

If you have any questions about your tube, consult your medical professional or call Avanos Customer Service at 1-844-4Avanos (1-844-428-2667) in the United States.

Any cookies that may not be particularly necessary for the website to function and is used specifically to collect user personal data via analytics, ads, other embedded contents are termed as non-necessary cookies. It is mandatory to procure user consent prior to running these cookies on your website.